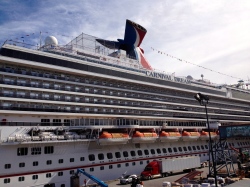 After a few days spent in the port of New Orleans, we were ready to sail to the Caribbean for a week-long cruise with the Lucht family. Cruising is truly an acquired taste and the verdict for me is still not really conclusive. The aspects of cruising that appeals to me is the variety of things to do all in one place. Yes, the boat staff has you captive, but on a boat like the Carnival Dream you can play mini golf, use the water slides, eat and drink all day, and watch live theater shows, bands, and comedy. There are also optional shopping, art auctions, a casino, an arcade, and of course a hundred ways to relax and dozens of impromptu activities.

What is not so great is that the port time is so limited, you really only get a sample of the places you visit and, when choosing excursions, you only have so many options. Knowing this, I did a bit of research about the three ports we were going to visit and chose some excursions and some on-our-own adventures.

The first port was Cozumel, located off the east coast of Mexico’s Yucatan Peninsula. This area is a tropical destination where the economy is largely based on tourism. For the few hours we had here, we chose to sign up for an excursion to a small resort where we went snorkeling and took some Wave Runners for a ride. The resort itself was very nice. The pool area and beach chairs were full when we arrived, but we’d spend the next couple hours in the ocean anyway. 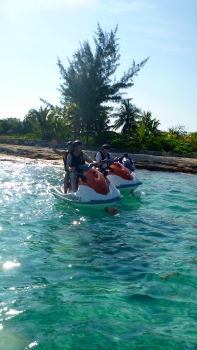 The Wave Runners were a blast; the ocean was a bit rough, so it made the ride on the Runner very exciting. I clung to Dan so tightly that I had a blister on my hand when we finally came to a complete stop. One thing to note: as we were departing, the guide was asking every person in our tour to be sure they could physically handle the machines we would be using. While everyone there, young and old, said they could do it, we had our doubts. As we feared, Dan’s parents chose to stick with the beginner level group. Unfortunately, it meant that the older, out-of-shape group members would fall off and spend much of their time in the ocean trying to re-mount their ride while the rest of the riders with them waited. Dan and I were at the head of the more experienced riders, so we got to ride longer than anyone else as we worked to keep up with the guide who wasn’t going to wait for anyone.

Once off the Wave Runners, we took some time to gear up for the snorkel. Our guide was terrific. He pointed out all kinds of creatures including urchin, lobster, barracuda, skate, and plenty of other colorful fish. After the official tour was over, we had time to take in some local food at the resort restaurant. We shared several items including, most memorably, the lobster mac ‘n’ cheese. I had a simple Caesar salad, tasted the fried shrimp, and had a few other bits that were all good. By the time we were finished with our meal, it was time to taxi back to the boat to unwind and regroup.

This was the stop I had prepared the most for. After reading reviews about the island and its activities, tours, and food, I realized this was one place were we could get around on our own pretty easily. Weeks before we left, I made notes about the local beaches, activities, festivals, and food. With the family following my lead, we left the port area, took a taxi to one of seven private beaches, paid a fee of $5 each for the day, and found an amazing spot to call our own on Seven Mile Beach. We snorkeled, walked the beach, and relaxed for most of the morning and afternoon. When we finally got hungry, we packed up our stuff and left the beach.

The beach we chose was selected because of its location adjacent to Camana Bay, an upscale mall with several restaurants, shops, and the tallest viewpoint on the island. One of the reasons I chose this destination was they had advertised an art festival and local market. The art festival was quiet, as were the shops and restaurants. They catered to the local residents and the island’s long-term visitors.

We ate and reminisced about the last few days, grateful that the sea-sickness had passed for those who were affected by the boat’s motion back and forth during rough waters our first day out. It was time to find the Observation Tower which overlooked the island around us. I was excited about this part of our adventure. We would probably be the only cruisers to see this. Not to mention that it housed the worlds largest mosaic which artfully decorated the stairwell leading to the spectacular 360-degree viewpoint. Just as we were beginning to really enjoy ourselves, we realized the time had slipped away from us and would need to get back to the boat quickly or be left behind. Of course, we made it.

After several days on the boat, we got to our last port of call, Montego Bay, Jamaica. We booked our group for an adult-only, all-inclusive day of relaxing at one of the top destinations, the Secrets St James Resort. Not only did it have an expansive pool, white sandy beach, and tiki-style beach chairs, but everything we ate and drank was included in our excursion price of $180 per person for the eight-hour day.

Dan spent the entire day reading in his shady beach chair; Marcus and Les went for a snorkel; and Casandra, Deb, and I hung out in the pool, on the beach, and at the bar. We were all having a blast just being there. One of the best review suggestions we found was to make sure we had lunch from the Jerk Chicken cart that would roll out around noon each day to grill and dish up the addictive chicken plates until they ran out. If you’ve never had “Jerk” before, I will warn you that it should be spicier than most people are comfortable with. The chicken should fall off the bone and the flavors should explode in your mouth while you douse the heat with the complimentary white rice.

As some of our group relaxed, I explored the resort and found the swing bar (swings instead of stools) and the fresh hand-cut potato chips that were dangerously good. In fact, the resort put a lot of trust in the visitors with this one. We couldn’t stop eating those chips. Not sure they would have any left if we had been there all week.

When our trip came to an end, I was sad to return to Portland to find the cold and wet weather again, but as always I will live for the memories made on these vacations. One thing is for sure, I will go back to Secrets Resort for a longer stay. 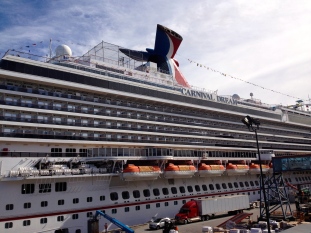 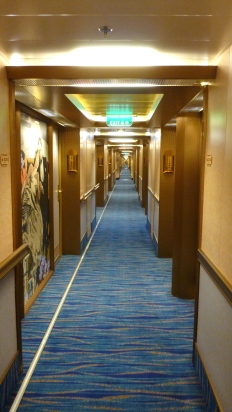 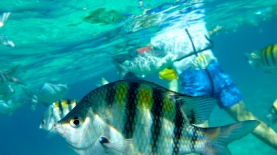 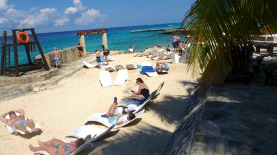 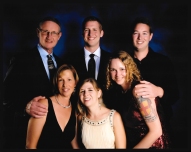 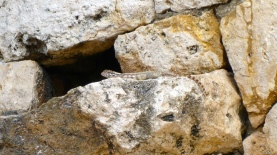 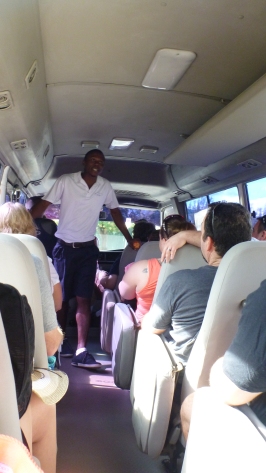 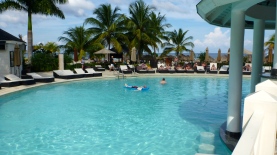 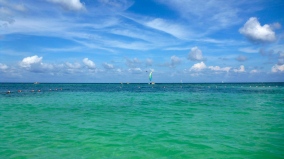 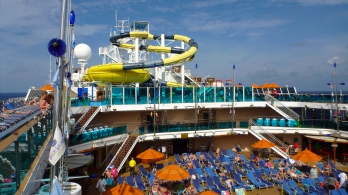 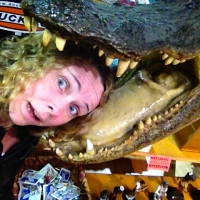